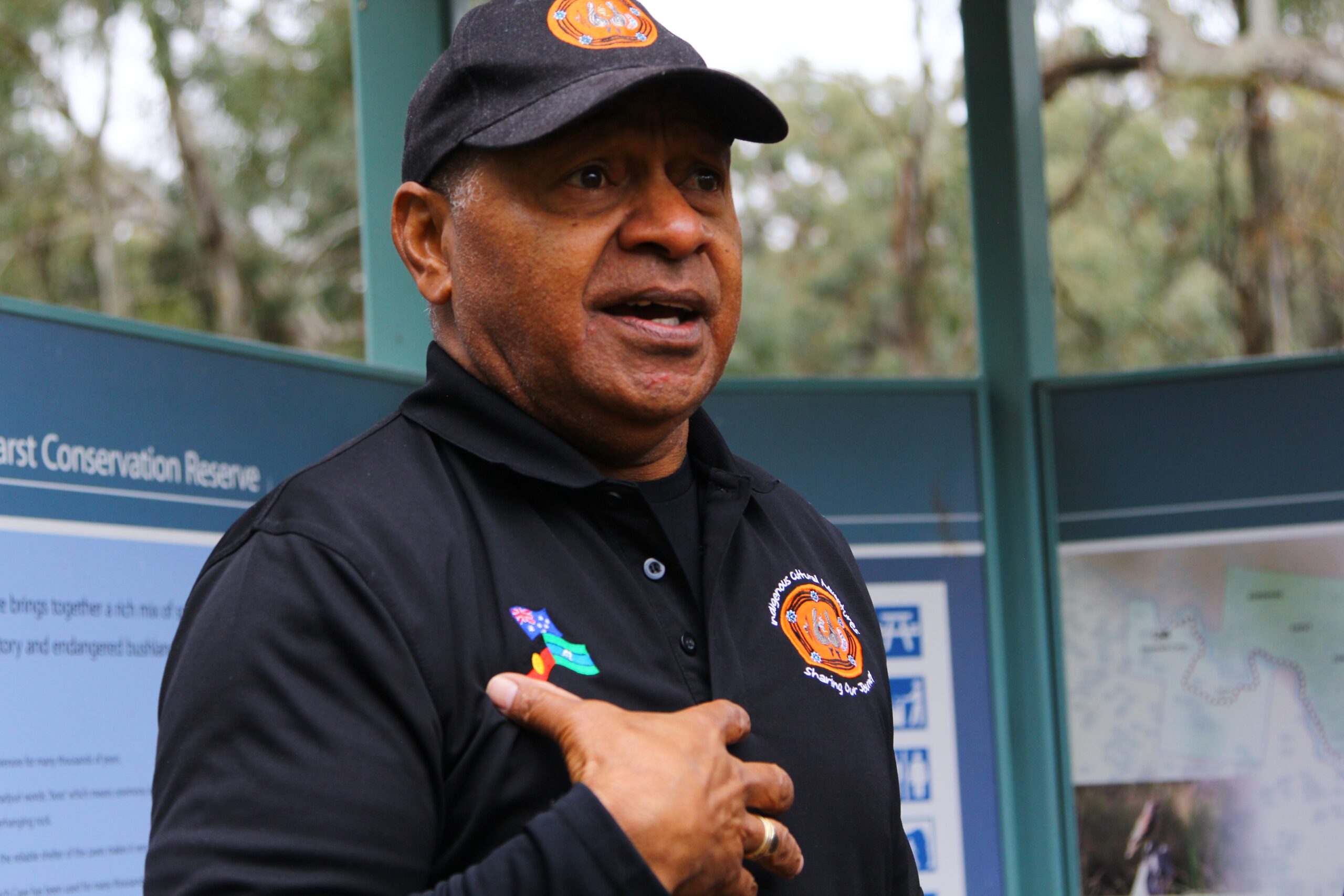 This NAIDOC Week, we’re celebrating the Indigenous people from our past, present and future whoby their actions, show us what it means to “Get up! Stand up! Show up!”

To help us get ready, Bev Rankin from Fusion Central West NSW spent some time talking with Councillor Gerald Power, founder of Indigenous Cultural Adventures and Deputy Mayor of Orange, to hear his story and his hopes for the future of Indigenous people and our nation.

Tell us about your heritage.

I currently live on Wiradjuri land but I’m from the Juru nation, in the Bowen area of Northern Queensland. I’m a Kanaka descendant. My great, great, grandfather was taken from Vanuatu in the period of the black-birding and used as slave labour on the cane fields.

The black-birders stole children about 13 years and older. The Queensland cities of Mackay and Townsville are both named after founders who were black-birding slave traders.

What prompted you to start Indigenous Cultural Adventures?

After leaving the public service I wondered what to do and where to go?  My previous role had encompassed 73% of NSW, in areas including, Goodooga, Broken Hill, Wilcannia, Menindee.  In that time, I’d become aware of the vast array of bushtucker across a huge area of NSW.

Gerald uses the title ‘Indigenous’ because it can include Torres Strait Islanders as well as Aboriginal people.

My aim is to provide more than just food, more than just sacred sites, a whole picture of the cultural experiences of First Nations Peoples.  So, I use the word ‘Adventures’ to be inclusive of the whole experience.

How does the experience of coming on country with you, impact those who participate?

Every day I see the impact of our work on people who join the tours.  These are often from companies seeking to expose their employees to cultural awareness and insights.

Recently a group of engineers came up from Sydney.  None had ever been on a cultural tour. Like many Australians who have grown up in the 60’s and 70’s, they had been oblivious to local ‘bush tucker’ foods, the break-up of nations, how many nations there had been, the impact of first contact.

Gerald speaks with them about the ‘67 referendum, ‘92 Paul Keating[i], and about Uncle Eddie Mabo – Gerald’s uncle. They then begin to understand that the Mabo decision was not about a land grab, but about a man just making sure that he could still live on his own country. 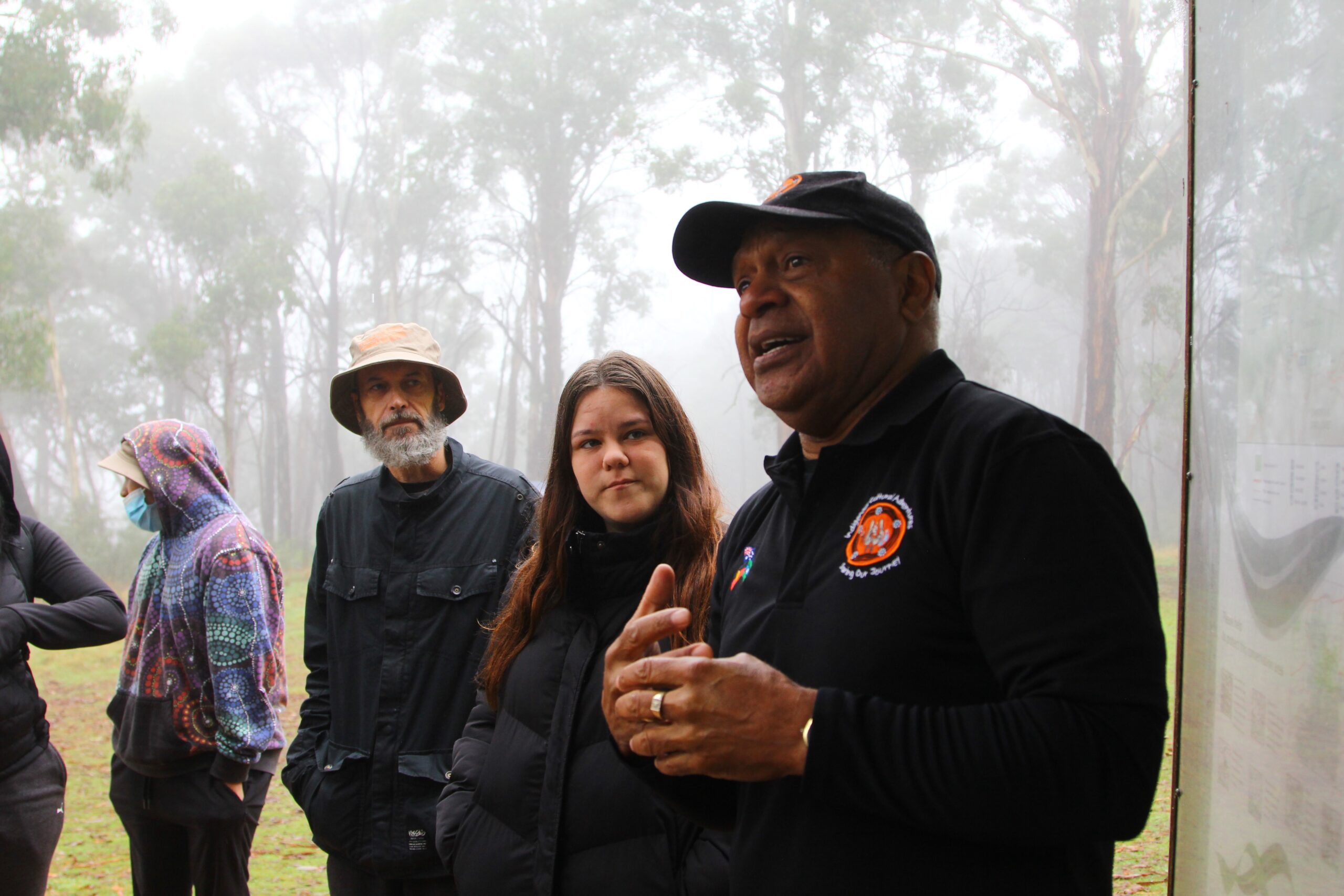 Many customers have a shallow view of Aboriginal people. They may have seen them play sport but have never sat down and talked with them.

After the tour they want to give me a hug afterwards. They want to go on a journey and find out about the First Nations people where they live and connect with them.

Gerald has observed a growing movement from the grass roots around Change the Date, over the last three years.

What were your hopes when you put your hand up to be part of the Council? And to be Deputy Mayor?

In 1994 I said to some friends that I wanted to become Mayor of Orange, as there had been no First Nations people on the Council. 10 years later, 2004, I had my first run for Council, and it took 18 years to be elected.

It was a personal journey for me, of 18 years of pushing forward, to never give up.[i].

I’d love all First Nations people to use the theme: don’t give up, stay consistent. For Orange, it has taken 150 to 160 years[ii] to have the first Indigenous person on Council.

How has being Deputy Mayor impacted your life to date?

There is interest in the new Council team to discuss things like the dual naming of Gaahna Bulla (Mount Canobolas).

There is more engagement with, and it is more comfortable for, elders coming in to talk with Council.

More opportunity for engagement for Council, with a Wiradjuri elders advisory committee being set up.  There has been engagement with OAMS (Orange Aboriginal Medical Service), and OLALC (Orange local Aboriginal Lands Council) under state lands act, but traditional owners may not engage with land council to that extent. They are like the glue, and it is good that they have a voice too.

It’s interesting that at Citizenship ceremonies, many new citizens will connect with me because I’m a coloured person, in what is otherwise a very ‘white’ council.

What are your hopes for Indigenous people and the non-indigenous community in the region?

For the Orange Indigenous community to build on where we are today with reconciliation.  That the community can weep with the aim of hope, for Sorry Day, for united nations, through united Aboriginal nations coming together. NAIDOC was a vehicle to do that.

I’m excited to see what the future holds, showcasing the multiple Aboriginal Nations’ language, culture, even though we’re on Wiradjuri land.  To show a united front across Australia; demonstrating that multiple Nations can live on the same country.

What does the theme of NAIDOC Week mean to you?

It’s a cry for all First Nation people to be active, to get up. We need to stand up with those who already are and who have done so, so we all do some heavy lifting. We are stepping on the shoulders of those who’ve gone before, like Perkins, Faith Bandler, Bonner and others. Even if it is in a small way of sharing your story down at the park or something.

Stand up and have pride in yourself

‘Because of her we can’, ‘treaty and truth’ and so on, were platforms. Now it is time for everybody to play a part.

And that’s a message for anybody. Keep plugging away. It may take a few years, but you win eventually.

If you’d like to find out more about Indigenous Cultural Adventures, or to get in touch with Gerald, visit https://www.indigenousculturaladventures.com.au/ . He’d love to share the adventure with you.

← What is Mercy? Home A Safe Space to Belong →